Posted on February 2, 2020 in Executive Spotlight Over the past week, one funny meme has gone viral across social media. With over 500,000 posts on Instagram alone, the origins of the meme came from an unlikely source–74-year-old country singer, Dolly Parton. Her original posts have received a lot of engagement so far. On Twitter, her post has almost 40,000 retweets and over 250,000 likes. Her post on Facebook has garnered almost 3,000 comments and over 14,000 shares, while on Instagram, her post has received almost 15,000 comments and over 1.1 million likes. https://twitter.com/DollyParton/status/1219681321762656256   The meme has spread across social media platforms with adaptations created by brands, celebrities, and the general audience using #DollyPartonChallenge. In this article, we will take a look at what makes this meme so popular, and some executives who have posted their own version.   The #DollyPartonChallenge Meme and Why it Spread   The #DollyPartonChallenge is a collage of four... 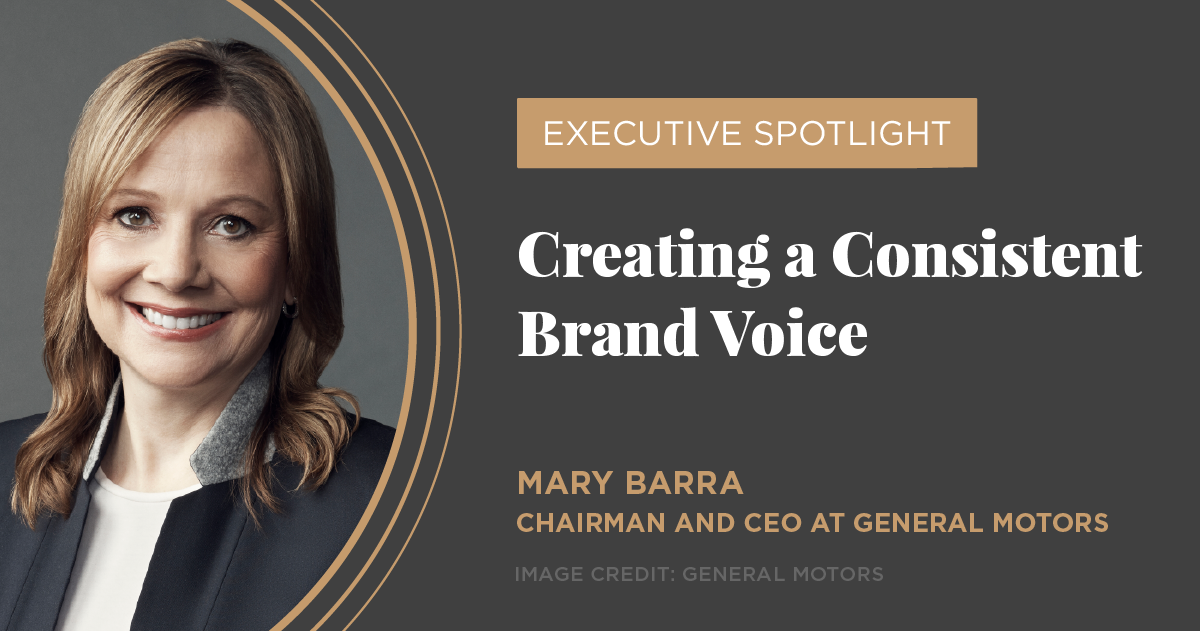 Posted on January 1, 2020 in Executive Spotlight

Mary Barra is the chairman and CEO of General Motors and with over 1.2 million followers on LinkedIn and over 48K followers on Twitter, it is clear that she is a well-connected executive. For many executives who act as a brand advocate on social media, one of their core strengths is maintaining consistency in their tone. In this article, we will take a closer look at how Barra’s social media strategy helps reinforce a positive brand image.   LinkedIn: Sharing Original Articles   First, we will analyze Barro's LinkedIn profile. The header image features a look inside a General Motors factory, emphasizing the industry she is in. Compared to her Twitter profile header, this is more brand-related and speaks more about the tangible products the company offers.     The majority of her content is brand-related, whether it is an original article, sharing a post from another... In the wake of the devastating Australian bushfire, many executives have stepped forward to donate to organizations providing relief efforts. Executives can use social media to draw attention to specific causes and inspire others to action, which we have seen in many of our previous articles. Individuals like Bernie Reifkind and Marc Benioff use social media to not only share their thoughts about social causes, but also to showcase the actions they have taken to help inspire others to action. In this article, we will look at three executives from different industries and how each of them has responded to the Australian bushfires. By analyzing their social media posts, we examine how the tone can vary from post to post while still effectively calling attention to the cause.   Tech: Scott Farquhar and Mike Cannon-Brookes   First up is the tech industry, where the two... Posted on January 1, 2020 in Executive Spotlight

GreenBiz is an online media company that looks at sustainability from a business and technological standpoint. The site recently released their list of 20 C-suite executives whom Greenbiz believes will be making an impact in terms of leading their company with an environmentally-friendly mindset. ENGIE North America's CEO, Gwénaëlle Avice-Huet, made the list thanks to her work in moving the company away from the fossil fuel industry. Using her online presence and strong brand voice, she is a vocal advocate for decentralization and digitization, opening up data generated from ENGIE's wind farm in France to scientists and researchers. In this article, we will be analyzing her LinkedIn and Twitter social media profiles. We will look at how her social media content connects her values to her company's values and the ways executives on social can make use of similar practices in... Posted on December 12, 2019 in Executive Spotlight

LinkedIn has released their list of the top 20 U.S. influencers on LinkedIn, which includes philanthropist Melinda Gates at #1, broadcaster Katie Couric at #10, and Wired's chief editor, Nicholas Thompson at #19. Coming in at #16 is Ed Bastian, who has had a long career at Delta Air Lines. He first joined the company in 1998 and has been serving as the CEO for the past three years. In this article, we will be looking at how Bastian uses LinkedIn and Instagram to shine the spotlight on Delta Air Lines. Unlike some of the other CEOs we have featured in our Executive Spotlight, Bastian makes stronger connections to his brand, with the majority of his posts directly mentioning Delta. We will analyze how executives can discuss their company branding on social media in a way that feels more authentic.     Why Executives... Ed Roshitsh, the CEO of Dude Solutions, typically raises money for veteran charities every year, but this year's approach had a more personal touch. He posted on LinkedIn saying he would hold a draw to randomly select five U.S. armed forces members serving overseas and personally pay for their plane tickets home for the holidays. Roshitsh's post went viral, gaining attention not just from other LinkedIn users, but from the media and even other businesses. In this article, we will be analyzing his LinkedIn posts and consider how his generous actions impact his personal and company branding. We will also take a look at how executives can improve their social media post's reach through utilizing best practices.   Holidays for Heroes   Roshitsh made his original LinkedIn post at the end of November, announcing his plan to purchase plane tickets for five military personnel. After... Posted on December 12, 2019 in Executive Spotlight

Paul Polman is all about the “four Ps:" people, purpose, passion, and positive attitude. During his 10 years at Unilever, Polman was known for his own personal brand of responsible capitalism, focusing on sustainability. After stepping down as Unilever's CEO at the end of 2018, Polman went on to co-found IMAGINE, a B2B brand. It is a consulting firm that helps businesses tackle issues regarding climate change and inequality. Almost an entire year ago, we took an in-depth look at Polman’s Twitter account in our previous Executive Spotlight article. In this article, we will be analyzing his Twitter once more, as well as his LinkedIn profile for the first time, and see what–if anything–has changed since 2018.   Twitter: Sharing Articles with Users   Compared to our previous Twitter analysis, not much has changed with Polman’s content. He is still very consistent with the topics... Employees are the most critical resource for any business, so by extension, employee retention is crucial in maintaining a productive and successful work environment. In one survey, 58% of employees say they have left or would leave a job with a negative workplace culture. There is a growing focus for companies in terms of building employee trust and loyalty, which is a topic Bernie Reifkind frequently posts about on his LinkedIn profile.   An Act of Kindness   Reifkind is the CEO of Premier Search, a hiring firm that works with healthcare companies to solve their staffing needs. The hiring process and finding the right person for the right role are all job-related aspects that Reifkind engages with on a day-to-day basis. On LinkedIn, his posts consist of providing real-life examples and advice to other executives, employees, and job hunters. In this article, we look...